The launch of I NEVER LIE took a little imagination. When I asked my publisher whether they would do a book launch they replied, ‘We don’t usually do that as it’s not a physical book.’ It is the dilemma of a digital publishing deal. How to launch an e-book in the physical world. I definitely wanted my ‘oh hail the author moment’ just like my compadres who have print deals. So I put my thinking cap on and figured I’d create an experience. Something people would remember and take away with them, so I set about recreating the crime scene from the opening chapters on London Fields.

While glamorous onlookers stood by, a team of forensics got busy conducting their investigation. It was a truly unique launch that brought the book to life. My publisher Canelo and my agent Ivan came and supported the party. It really was so much fun. Canelo had the insight to bring promo codes to hand out to people who were curious enough to stop and ask what was gong on, so they could download the book. Genius. 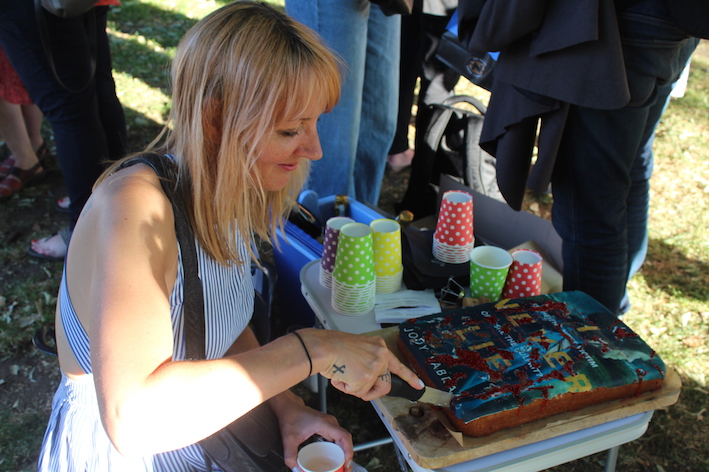 I baked a cake and got the cover made by eatyourphoto.com which was amazing and turned up magically within twenty-four hours of ordering it. I had a slight mishap as the icing melted – it was no easy task coordinating chilled booze and cake, living in Hastings, while having the launch in London, on one of the hottest days of the year! My niece who led the forensics team got creative and bloodied it up with red icing, no one knew what had happened! It was a serious cake rescue mission! The drinks were kept cool in trugs filled with plenty of ice.

My niece and her band members took on the role of forensics bless them in the blistering heat. They worked tirelessly on their investigation but were spotted eating sandwiches while on the job which did confuse some passersby.

My agent delivered a lovely speech and so did I. It was great to thank everyone who had been there while I wrote this novel.

It was a wonderful way to spend a summer’s evening. In the park, in the shadow of a crime scene with warm-hearted people. Thank you to everyone who came and made it special. The moral of the story? Just because you have a digital book deal, doesn’t mean you can’t have a launch. You just need to think outside the box a little.

I love bookshops where launches are traditionally held, but this was a great way to celebrate the launch of I NEVER LIE and I think everyone had a truly unique experience. THANK YOU to all my readers too who are making this possible.

Here’s a few more images from that special night. 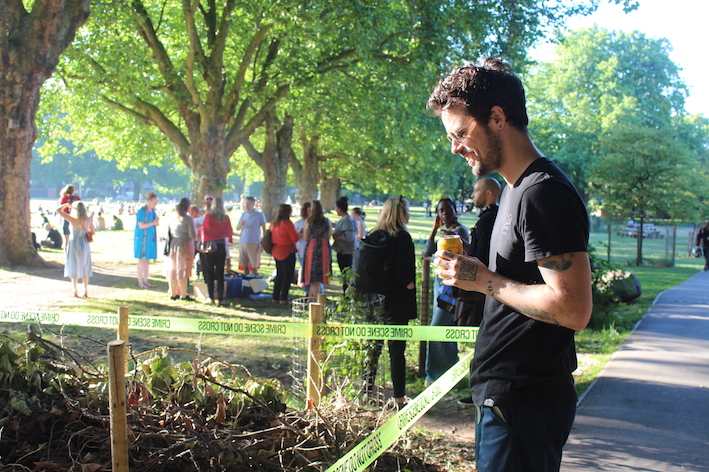 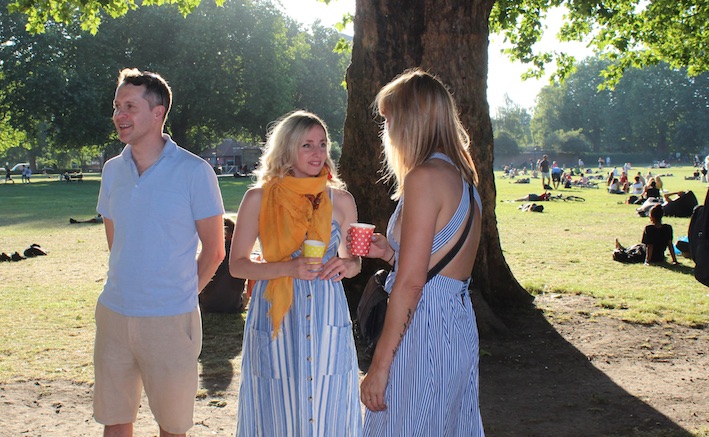